For anyone who couldn’t hear at the back (or perhaps even missed the live version completely!) here’s a recap of my slightly random BarCamp Southampton lightning talk. The loosely-connected-to-the-theme-of-the-day title on the schedule was: 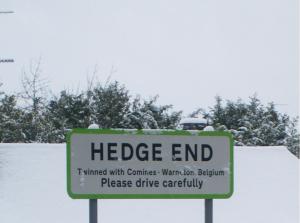 Not the snow, although maybe that will start looking familiar, or “Hedge End”, or even the useful driving tip, but the bit in between; “Twinned with…” In this case a town in Belgium that I know almost nothing about. (I really should try and find out how to pronounce the name.)

It wasn’t the signpost that inspired the lightning talk though; it was an announcement in the local newsletter that the twinning association was dissolving. I wonder how many people could name the places their town is twinned with, know anything about it, have visited, or even know why towns have twins, so I’m not all that surprised about Hedge End’s lack of interest in twinning activities.

So is there a way to revitalise town twinning? Something that might help is lowering the barriers to participation; not everyone can commit to formal activities or take on permanent roles in a twinning association. Providing a means for ad hoc encounters between people in the twinned towns could naturally lead to more interest in finding out more and getting more involved. But how do you do that when Hedge End and Comines-Warneton are around 300km apart? 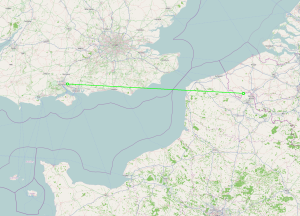 You could create some Twinning 2.0 social web site but for me that somehow loses the physical connection between the towns. Why would you choose people in one town over anywhere else in the world? Would a shared physical space be possible and, if so, would it stimulate more interest in an otherwise remote place?

So my hair brained scheme involves a signpost in each town. Not the kind you drive past, but one right in the centre pointing the way to the twinned town. A traditional sign from Hampshire might look something like this: 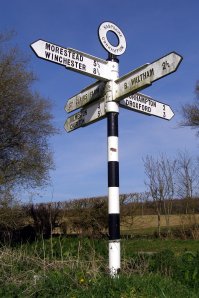 I had less luck finding one for Belgium, but you get the general idea: 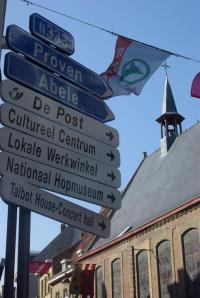 If a town only has one twin, it might be a nice touch to switch the signs round, so Hedge End would have a sign post you’d normally see in Comines-Warneton.

Next, add some ambient indication of what’s going on at the other sign. In particular, it needs to catch people’s attention if there is anyone near the remote sign. Winchester’s Luminous Motion might provide some inspiration here: 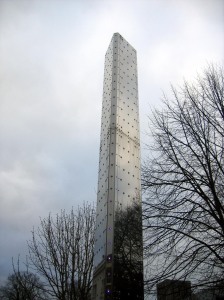 This sculpture only reacts when it receives a text message, but the twinned signposts would need to communicate with each other automatically, and pachube could be an ideal way to do just that: 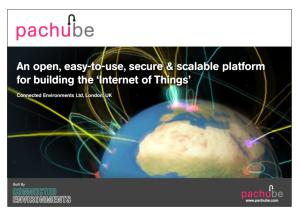 So if you’re walking past the sign post in Hedge End, and it indicates that there is someone near the sign post in Comines-Warneton, what next? With modern smart phones and augmented reality the possibilities are endless, from a simple chat, to video feeds, to exchanging town photos, to virtual tours, to AR games, to anything people in the towns come up with. 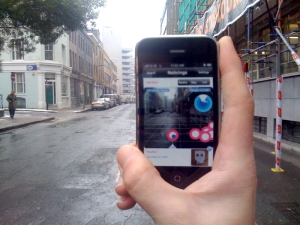 I realise of course that not everyone has these kind of devices (me included) but there’s a library in Hedge End which could conceivably loan them to people. Some of the activities would also be possible via any internet connection, but now there’s a highly visible physical focal point in each town providing an anchor to tie it all together. At least, that’s the theory!

I did finish the talk by claiming it would never happen, but it would be really nice to be proved wrong, and maybe the two sign posts could exist in a virtual form to begin with. Thanks to everyone who was there for the lightning talk in person, and thanks to everyone who made BarCamp Southampton happen… but that’s for another post.

Update: thanks to Katy’s comments below, I’m very excited to discover that Murrhardt actually has a fingerpost pointing to its twins! (28 November 2010)